Providing the public with an independent forum

for resolving complaints about the press 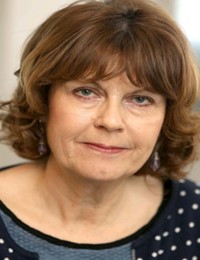 Susan McKay became Ireland’s Press Ombudsman on 3 October 2022.  From Derry, she is a writer and has worked for many years as a journalist.

Her books include “Northern Protestants – On Shifting Ground” (Blackstaff, 2021), “Bear In Mind These Dead” (Faber, 2007) and “Sophia’s Story” (Blackstaff,1998).  Her essays have appeared in many anthologies including “Show Your Work – Essays from the Dublin Review” (2022) and “Impermanence” (No Alibis Press, 2022), and “Great Irish Reportage” (Penguin, 2015).  Her journalism has been published in the New Yorker, the London Review of Books, the New York Times, Field Day Review, the Irish Times and the Guardian, for which she was a regular columnist before her appointment as PO.  She was Northern Editor of the Sunday Tribune until 2004. She is one of the judges for the Ewart Biggs Award.

She has been a senior figure in the NGO sector – from 2009 to 2012 she was CEO of the National Women’s Council of Ireland, and she was a founder of the Belfast Rape Crisis Centre in the 1980s. She was a member of the code committee for the British press regulator, Impress.

Office of the Press Ombudsman